A commemorative ceremony took place on the occasion of the 80th Anniversary of the death of Slovak Scientist, Inventor, Artist, and Priest – Rev. Jozef Murgaš.

Sponsored by the Slovak Heritage Society of Northeastern Pennsylvania and The State Scientific Library in Banska Bystrica, Slovakia, the placing of the wreath was on the actual date of the death anniversary, May 11, 1929. 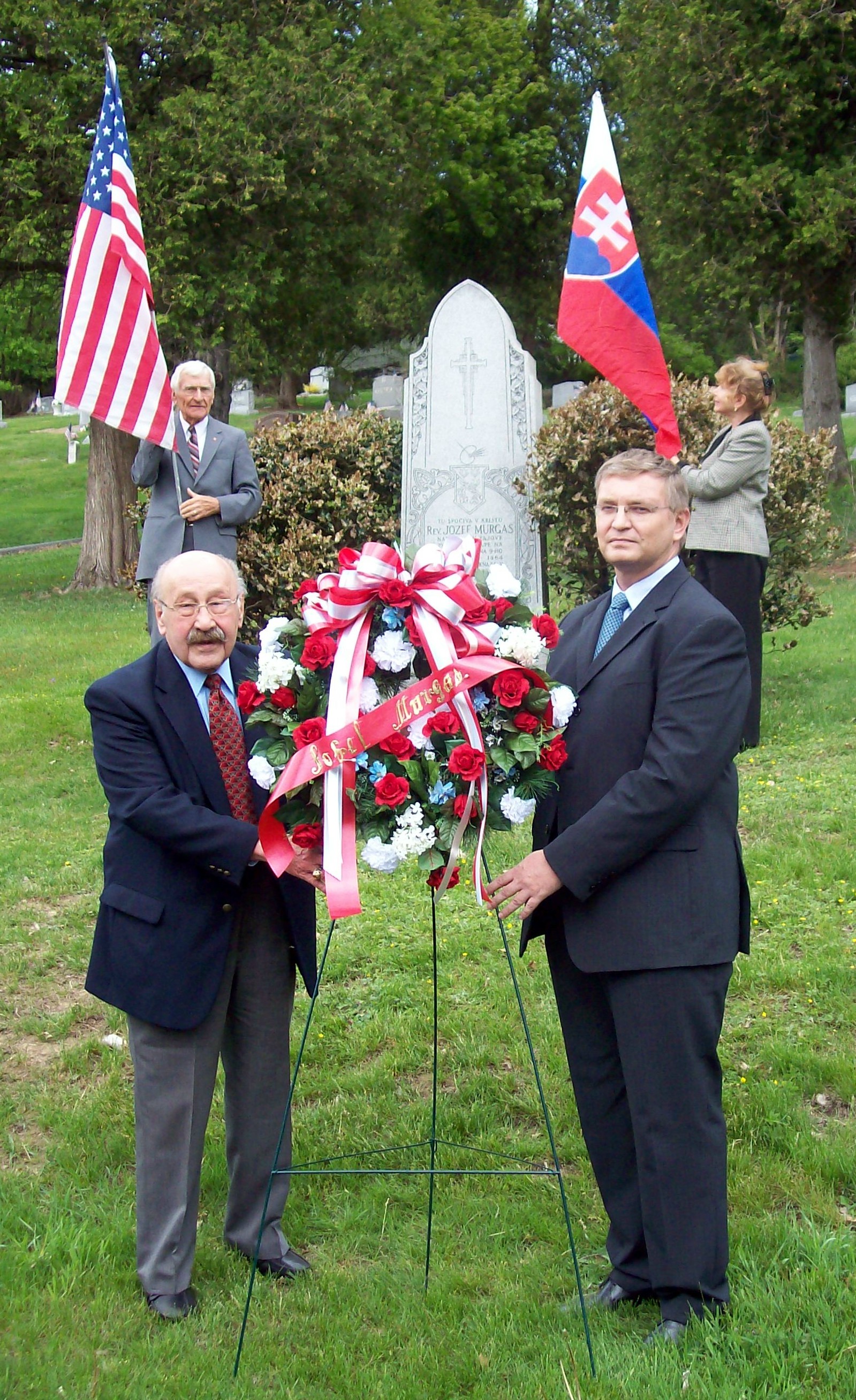 Taking part in the ceremony was; Philip R. Tuhy, Chairman of the Slovak Heritage Society NEPA, Rev. David Betts, in residence of Catholic Community of North Wilkes-Barre, (Sacred Heart Church), Igor Pokojny, Counsul General of Slovak Republic in New York, and Board Members of the Society.

The Litany of the Sacred Heart was led by Father Betts, followed by a prayer for Father Murgaš and the faithful departed. Brief remarks were given by Consul General Pokojny. The program concluded with the singing of Hej, Slovaci and God Bless America.

A commemorative placement of a wreath also occurred at the symbolical grave of Jozef Murgaš, in Tajov, Slovakia. A teleconference with representatives of the Slovak Heritage Society of NEPA and Tajov, Slovakia was held on May 21, 2009.

The society has received a request from the State Scientific Library in Banska Bystrica, Slovakia, to assist with their Rev. Jozef Murgaš Project. Their goal is to put all memorabilia concerning Jozef Murgaš in digital form and store it in Slovakia and in the United States.