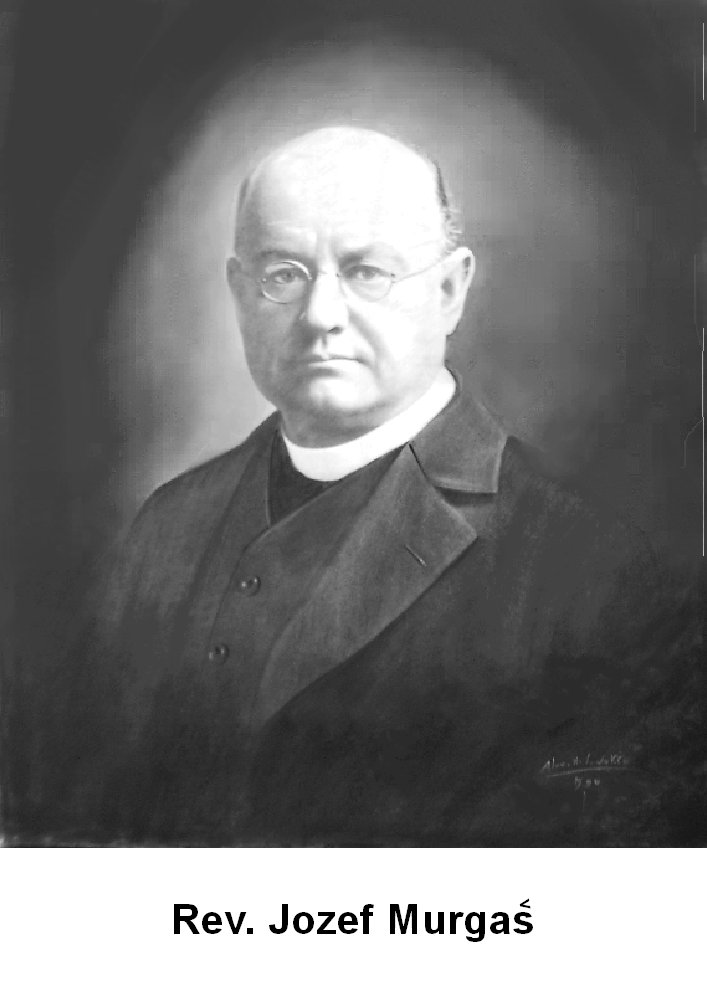 Magdalen Benish, assisted by Bernadette Yencha, chaired this project. Michael Stretanski and Joseph Kowatch did the exhibit’s design and construction. Magdalen is a retired bank official and a very efficient administrator, Bernadette is a retired accounting supervisor who now does the computer work for the Society. Michael is a retired schoolteacher and has experience in setting up displays. He did the Society’s displays for many years at the Luzerne County Folk Festivals. Joseph does antique restoration and photo restoration (company name is Digital Pix). Rev. Patrick Sullivan is head of the King’s Ethnic Community Outreach Initiative program.

A steady stream of visitors passed through the exhibit numbering close to 500 people. 75 children from Sacred Heart School had a private showing Monday morning and on Monday evening the attendees of the Slovak Catholic Federation held a vesper service in King’s College Chapel where the coal altar is located and visited the exhibit.

Father Murgaš was an artist, architect, botanist, inventor, pioneer in wireless telegraphy, and scientist, as well as a parish priest - first and foremost. Father was also, an avid collector of butterflies, collecting and documenting over 10,000 of them. As a pioneer in wireless telegraphy, he secured his first patent in 1904 and was the first to demonstrate the transmission of wireless telegraphy over land, between Wilkes-Barre and Scranton PA, in 1905. Father was the founding pastor and architect of Sacred Heart Slovak Church located on North Main St., Wilkes-Barre. The article in the Times Leader Newspaper called him a Renaissance man.

Paintings: Two (2) of his actual paintings.

For those of you who would like to visit Father Murgaš life, we have two slide shows.

The first slide show (Exhibit's) features some pictures of the exhibit. The second slide show (Father's Life) features different facets of this “great Man who we call a genius because he could do so many different things so well. I wonder if he slept?” 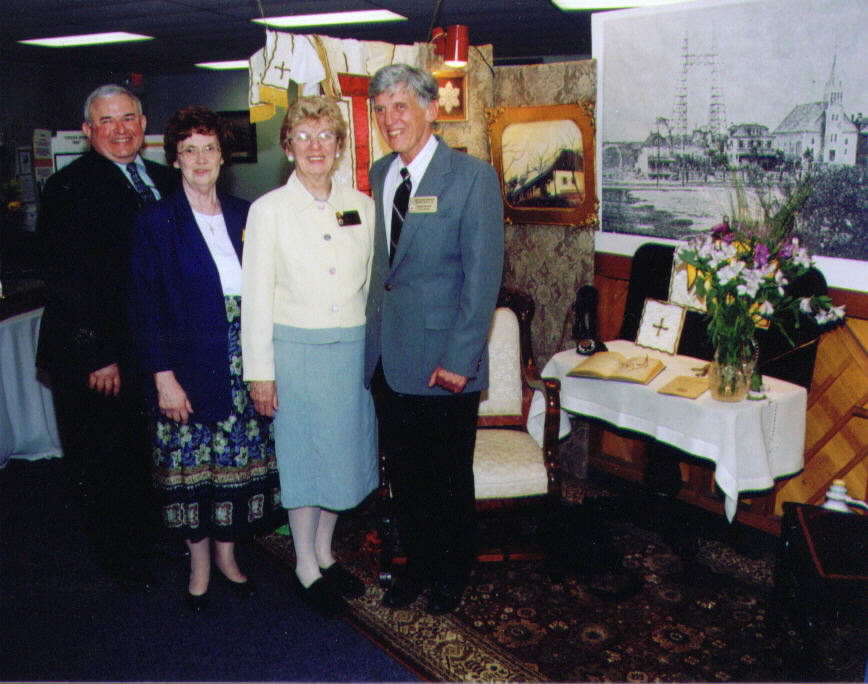 On the right of the picture, you can see a part of the representation of Father's study.

Funding for this project is provided by grants from the estate of Theodore M. Salvet which is designated to the continued remembrance of the life and work of Rev. Jozef Murgaš.