The Tale of the Upside Down Tree

Father Murgaš planted this very rare tree in the garden of Sacred Heart Church, North Main Street, Wilkes-Barre PA. One of Father’s interests was botany and he envisioned a Botanical Garden on the property at the cemetery in Dallas, PA. 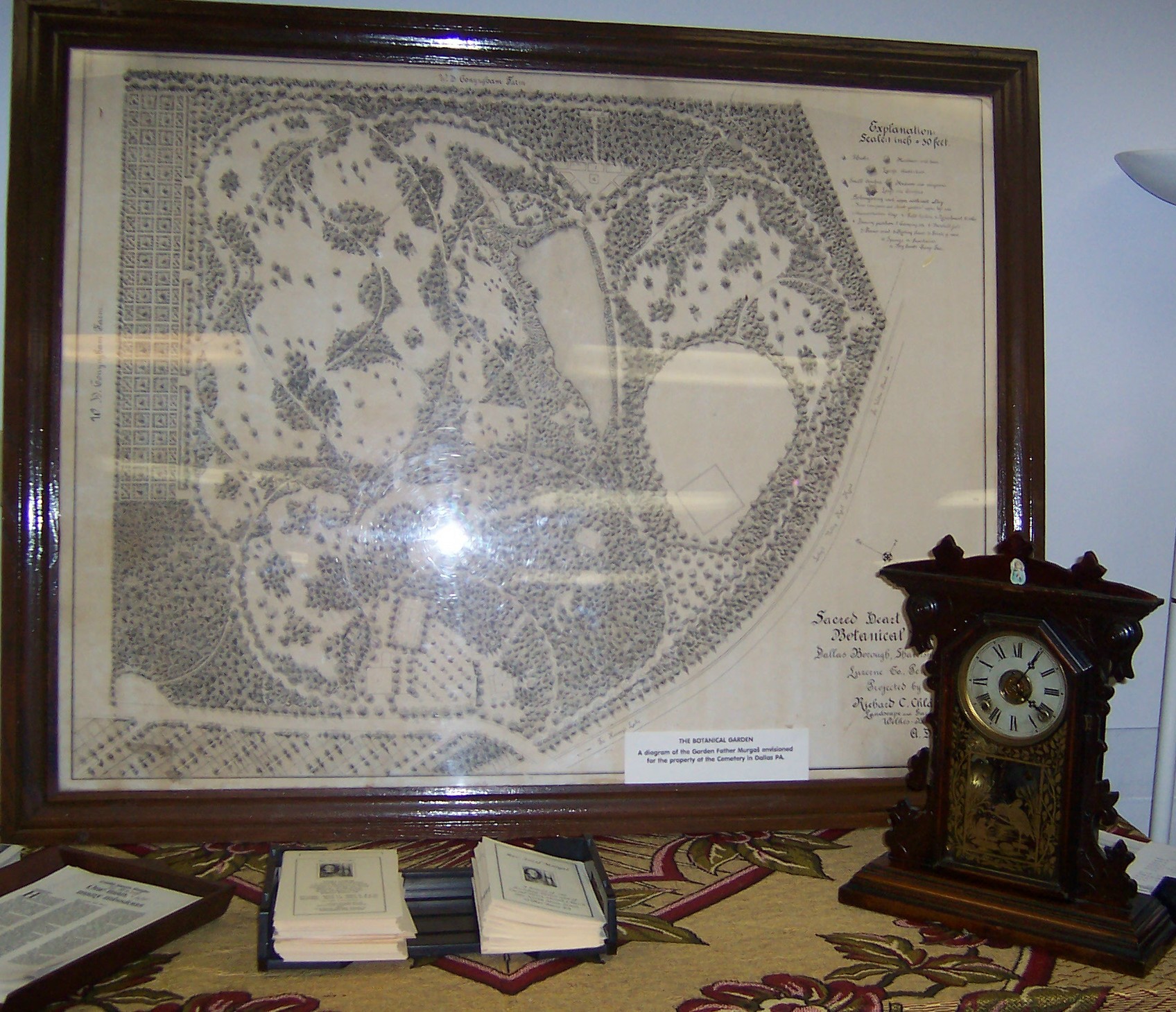 Passersby of the Sacred Heart Church asking locals about the tree are told it is the Upside Down tree. The local legend is that Father Murgaš planted the seeds upside down.

Father would have known that the Weeping Beech Tree is native to Holland; and its scientific name is Fagus sylvatica form pendula.

The Weeping Beech is a cultivated variety of the European Beech. Branches of the Weeping Beech droop noticeably. These hanging branches sometimes touch the ground, and may be so numerous as to hide the tree's trunk. Such trees give the appearance of a massive mound of foliage. (http://www.oplin.lib.oh.us/tree/fact%20pages/beech_weeping/beech_weeping.html)

Two other Weeping Beech trees can be found in Chester County, Pa and Queens, NY.

Chester County, Pennsylvania has one of the oldest Weeping Beech trees at over three hundred years. From a distance it looks nothing like a tree; it appears to be an enormous mound of leaves piled up in the middle of the landscape. Instead of reaching out and up toward the sky, the branches drop and touch the ground forming a curtain around the tree. (From The Daily Plant July 2003 by Hannah Gersen)

This tree is so rare that Queen’s Weeping Beech Park was established in Queens New York to protect the one tree they had planted there.

Landmarked 151 year Old Tree Declared Dead! But survived by the “sons of a Beech”

On December 8, 1998, Queens Historical Society together with the Parks Department, and Flushing Savings Bank celebrated permanence and change, as well as dignity and grace, miraculously embodied in the life of a tree. After declaring the 151-year-old tree dead it was mourned in a memorial service.

Flushing’s landmarked 151-year-old Weeping Beech was noble…and beautiful even in its twilight. Most of all, the tree was testament that its immortality is with its offspring, the little beeches growing up around its trunk (“Sons of a Beech.”)

We all love to tell the story of this mother of all the weeping beeches in the United States: It was carried here as a slip from Belgium by nurseryman Samuel Bowne Parsons in 1847 and planted in or near his now famous nursery, where it grew and thrived to this day, grew to become one of New York’s two living landmarks. We at QHS also love to tell how the Kingsland Homestead and the Historical Society came to reside together beside the famous tree. The home, of course, was saved by being moved next door to the tree in September 1968. We all know that and the society were founded only two months later, almost under the shelter of the tree.

SHSNEPA would like to thank Michael Stretanski for his research regarding this tree.