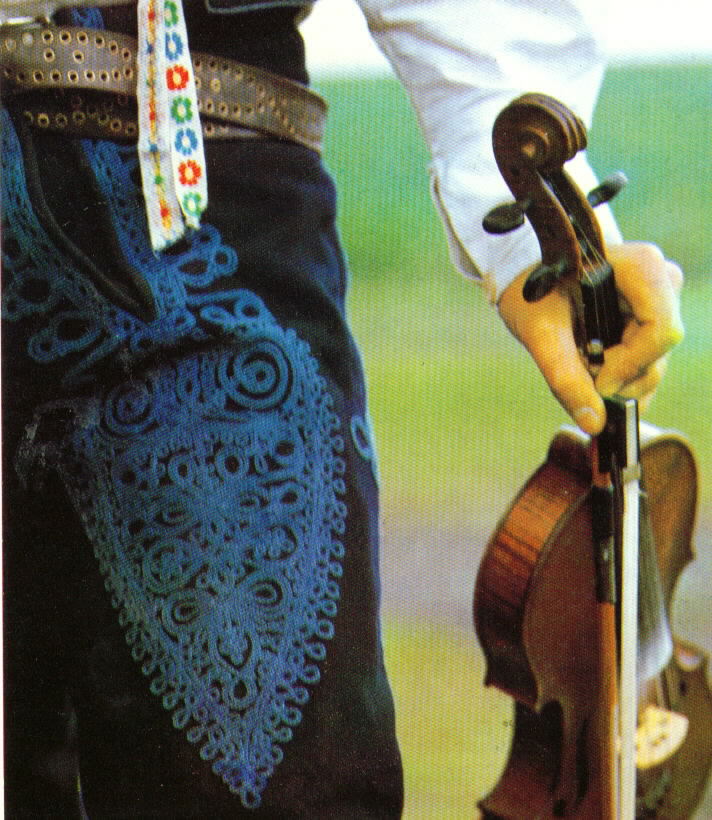 Folk culture plays an important role in the history of each country. The traditional clothing worn by a people who worked the land and were close to nature is intriguing to amateur observers, to artists, and to ethnographers alike, largely because of its wide variety of forms,  colors, and decorations. It is important to note that all forms of traditional dress (kroj) are a result of centuries of development. 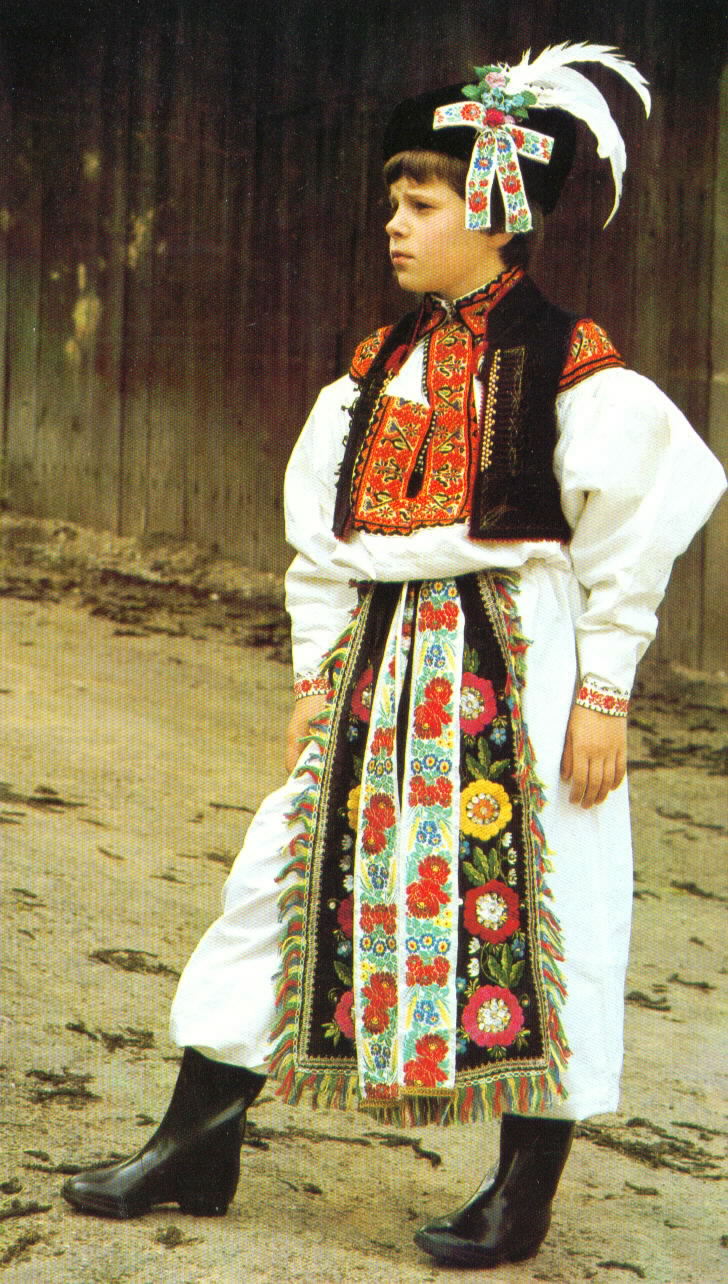 It is assumed that both men’s and women’s clothing was originally shirt-type. In the Middle Ages it gradually changed form, with only some clothing accessories being similar for both men and woman. In its oldest period, traditional clothing was significantly influenced by geographical environment and by climatic conditions. These factors determined the basic materials –flax or hemp cloth, drapery or fur from which the costume was made, as well as its overall fitting character. In lowland areas the clothing was made from linen and was loose. In mountain areas, woolen textiles and furs were also used and the clothing was fashioned more tightly. The development of textile manufacturing in the 18th century and the development of industry in the 19th century meant that, apart from home-woven textiles, factory-made materials of cotton, wool, and even silk, began to be used. New materials brought changes in the form and style of clothing accessories and were accompanied by an increased variety of colors.

17th century knowledge was enriched in the 18th century by the availability of colored embroidery threads made not only of cotton, but also of silk. Domestic and foreign embroidery patterns developed into a wide range of local styles which were fully evident in the decorating of folk costumes. Apart from needlework which was dominate mainly in western and central Slovakia; decorative weaving and appliqués were also used. The economic prosperity and individual social differences of the region were reflected in them.

Along with the economic and social aspects in the development of folk costumes is the functional aspect. The primary role of clothing is the protection of the body. This function was fulfilled mainly by the components of the under and outer clothing. Working clothes were adapted to natural and working conditions. Festive clothing has undergone a gradual development and is differentiated from work clothes by using newer and more expensive materials and richer and more elaborate decoration. Its specific look was further determined by national, local and religious affiliation as well as by the age, marital, and social status of the wearer. 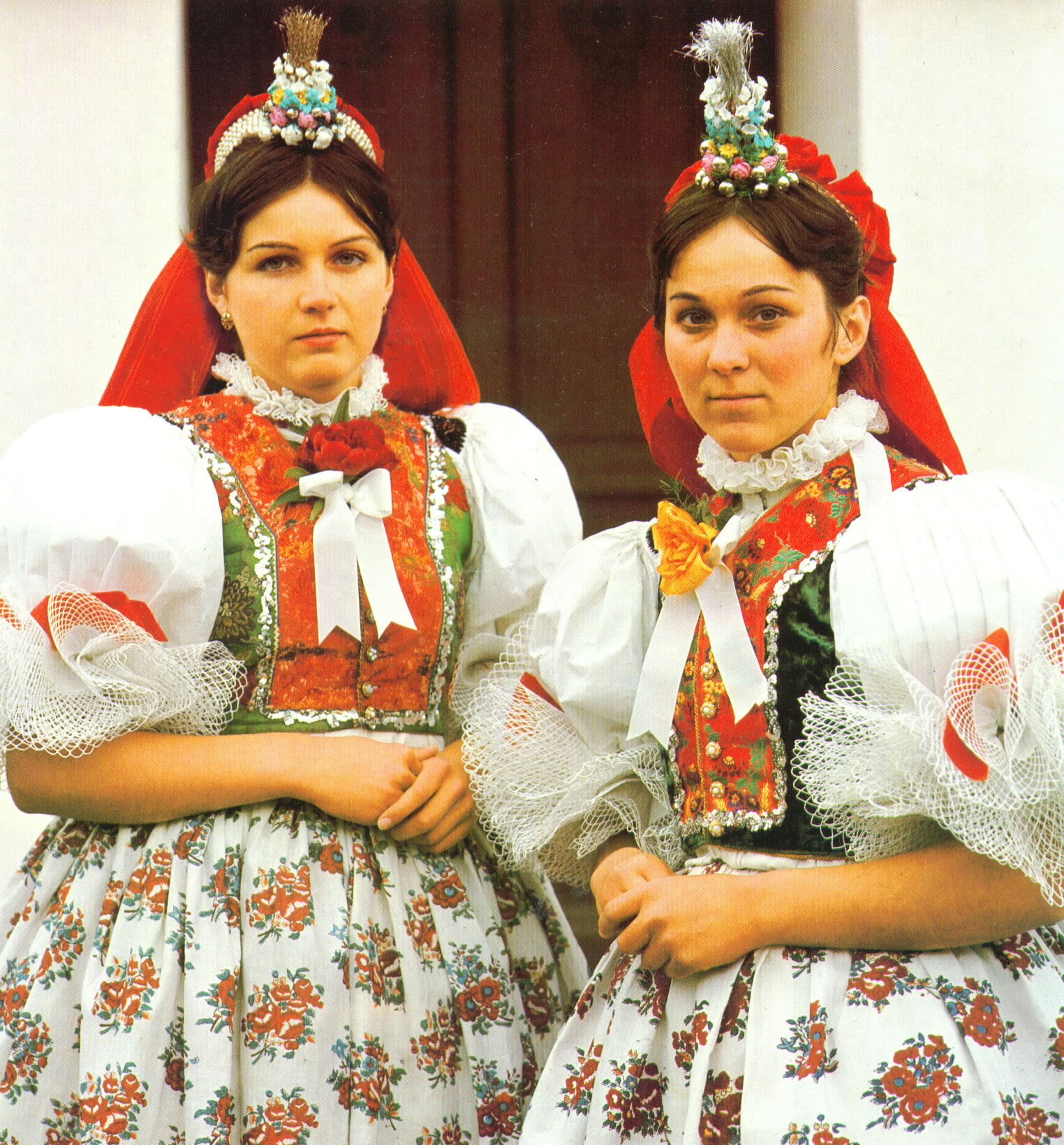 Festive clothing was related to ritual clothing notable in wedding and mourning clothes. These circumstances were influenced by contemporary taste, collective standards and aesthetic feeling of both creators and wearers of traditional clothing. They contributed to the creation of a great richness in local forms of dress. To date, the science of ethnology has managed to describe approximately sixty of them. 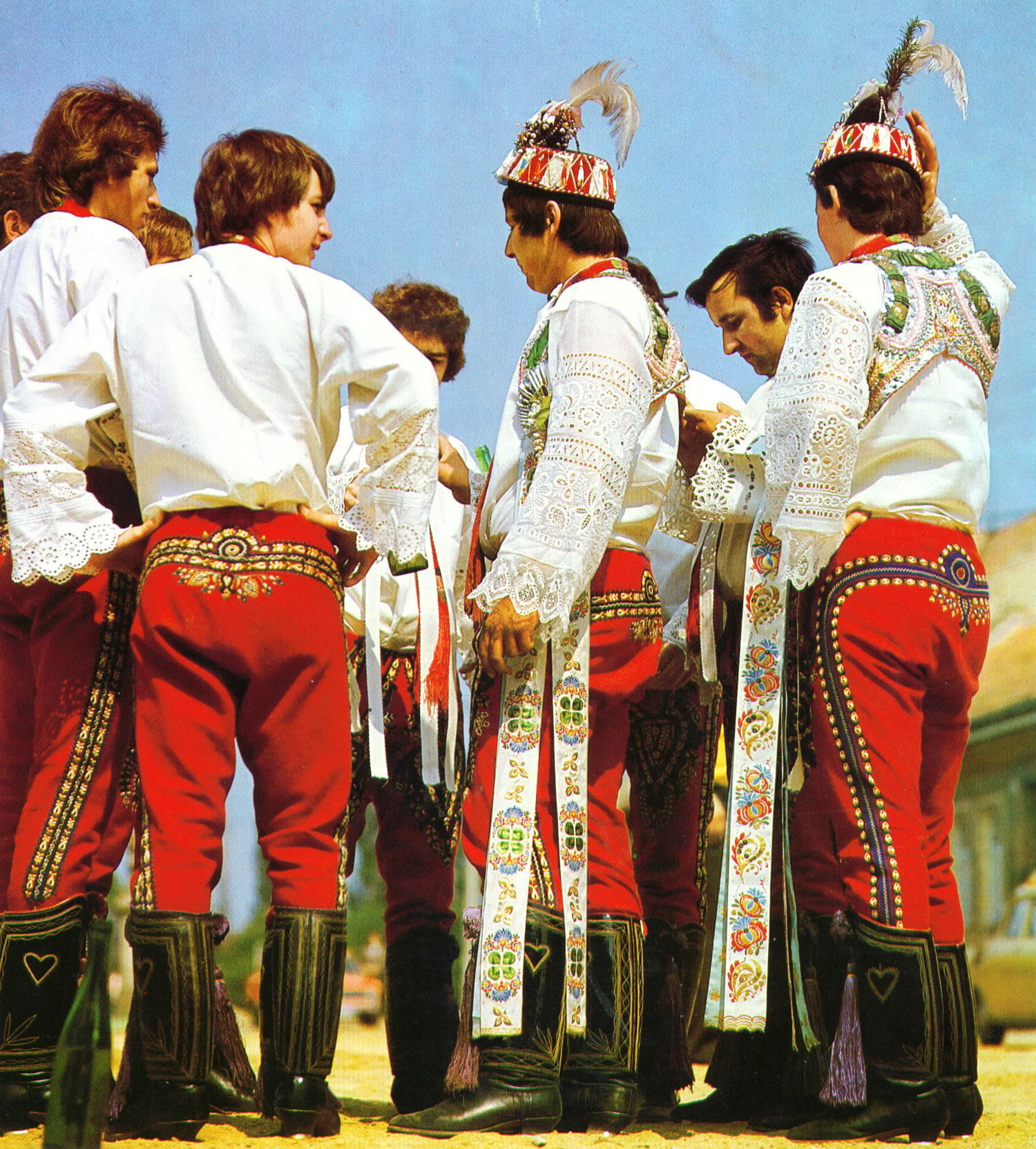 Headwear and footwear were an inseparable part of such clothing. Hair styles and headwear 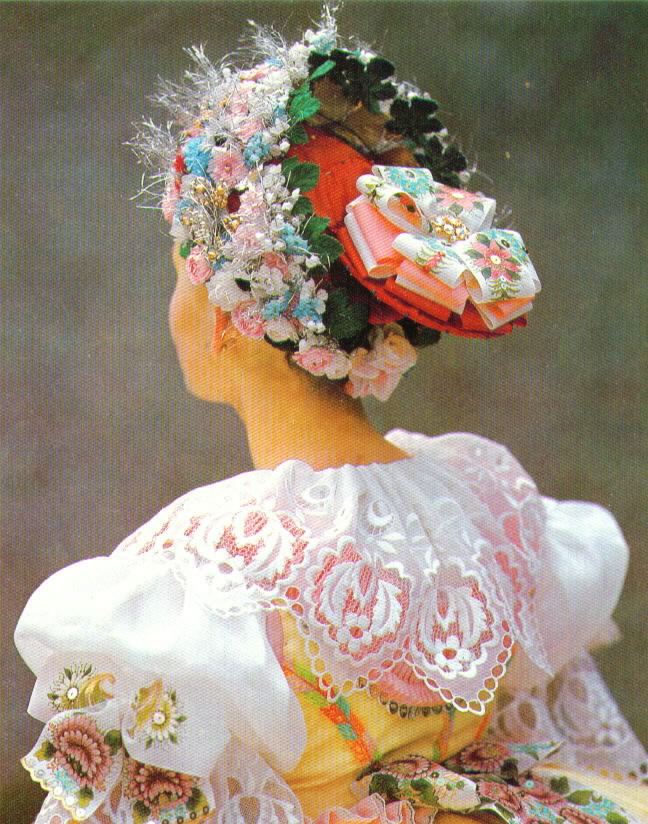 formed one unit. Married women wore bonnets and scarves, single girls wore either scarves or were bareheaded. Men, both single and married, always wore hats – in winter, fur caps. The best way to describe the variety of styles of the footwear is through working shoes, which were worn all year round. Pantofles were usual in western and southwestern Slovakia, cloth slippers and boots called kapce were typical throughout central Slovakia mostly in winter, and krpce, leather moccasin-like shoes, were worn in the summer. In eastern Slovakia the most common footwear consisted of krpce as well. The most common festive footwear through out Slovakia was boots. Since the beginning of the 20th century, ready-made shoes began to be worn more extensively, and men usually wore hobnailed boots.

In the course of the development in the last two centuries, the basic types of clothing and footwear in Slovakia formed into two characteristic groups: clothing and footwear of the lowland, and clothing and footwear of the mountain regions. In the central European context, the complex of lowland regions connects Slovak costumes with the costumes of southeastern Moravia, eastern Austria, Hungary, northern Yugoslavia and western Romania. A complex of mountain ranges connects Slovak costumes with costumes from northeastern Moravia, southern Poland, western Ukraine, and southern and eastern Romania. Within this region the common Carpathian elements come to the forefront. Two different cultural areas cross on the territory of Slovakia: the lowland 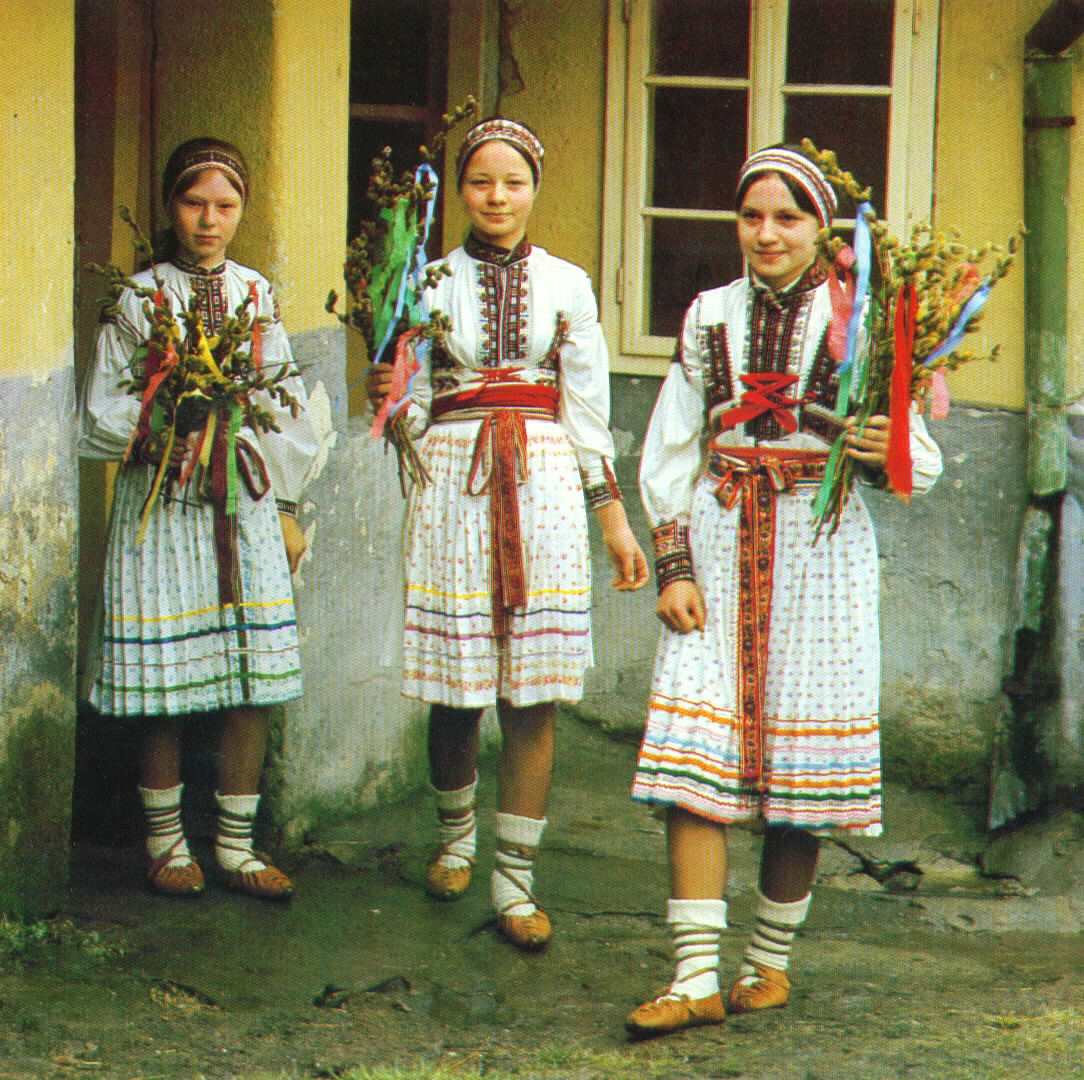 The end of the 19th century and the beginning of the 20th century saw significant changes in the existence and development of traditional clothing. On the one hand, the local forms experienced their fullest development, and on the other hand, the first signs of decline appeared. The following two opposing phenomena influenced the development and decline of traditional clothing in the period: the poverty vs. the wealth of different groups of village citizens. Poor people dressed according to the availability of clothing; rich people dressed in clothes that would signify their wealth and social status. Women, as a result of their economic and social position and stronger ties to the life in villages and work for the family, ceased to wear folk costumes much later than men. Those men, who did not work in the village, but away from it, put away their folk costumes because they did not want to look different in the new environment, in factories for example. With regard to women, a semi-urban type of clothing developed, characterized by its darker colors. Another development concerning men’s clothing resulted in a complete change from folk costumes to period urban clothing.

The development and use of the original traditional costumes continued only in several small regions throughout Slovakia. 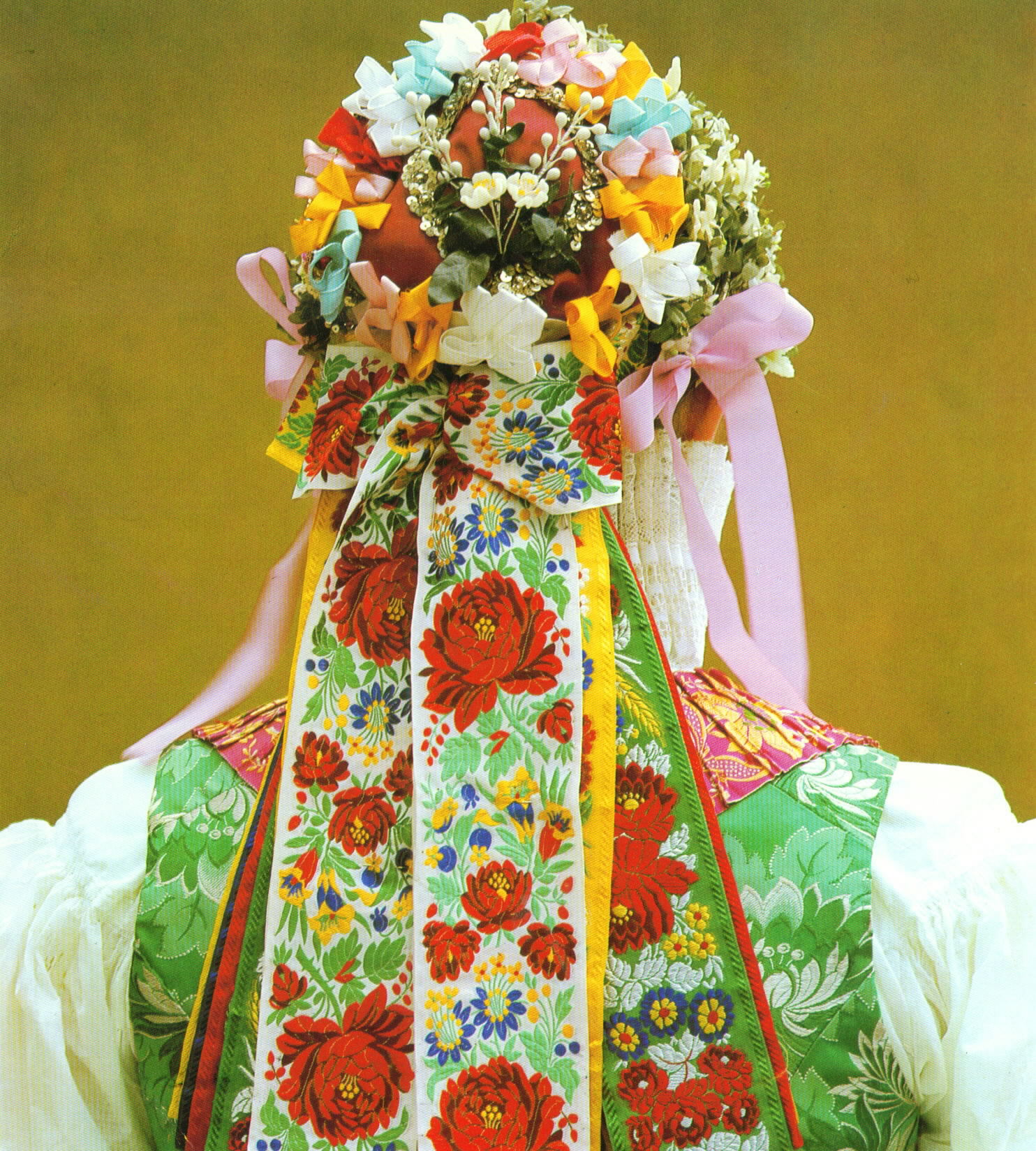 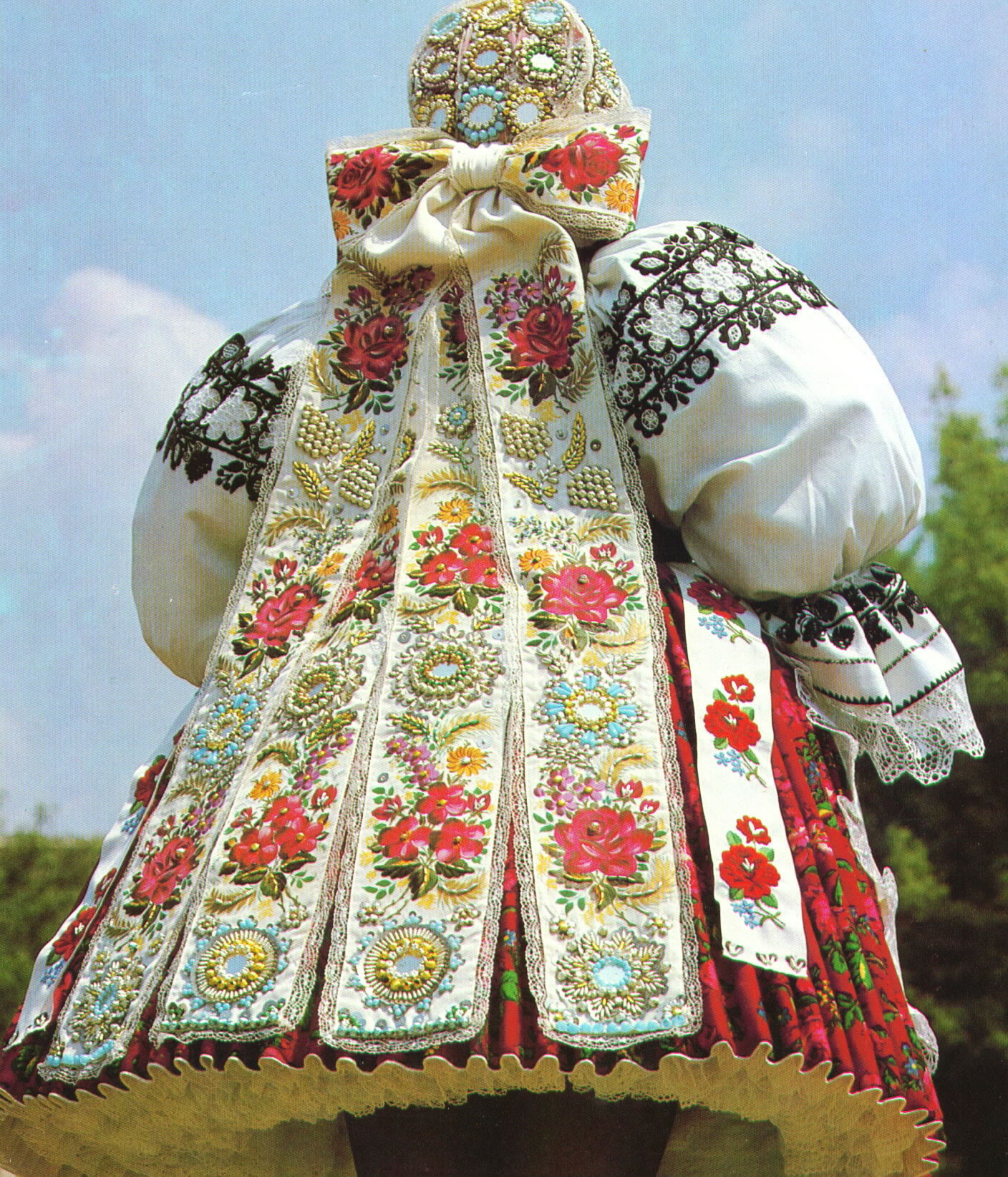 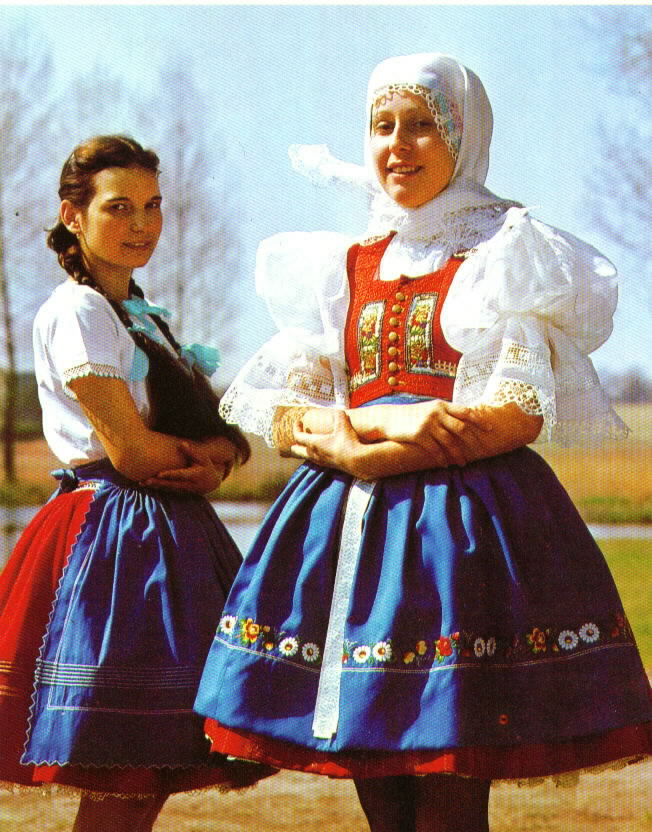 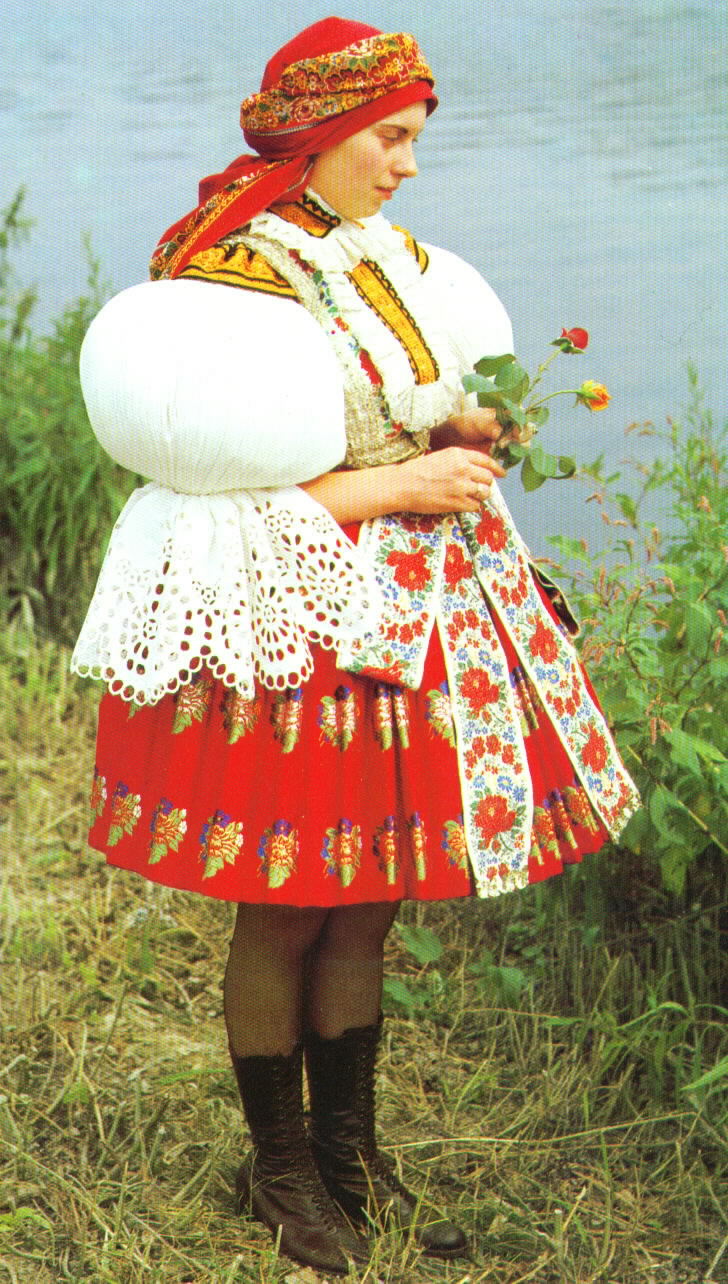 This topic and many others may be found in our book Slovak Folk Customs and Traditions.