Who are the Gorals?

The Gorals were and are mountain people, shepherds wearing sheepskins, felted wool, homespun linen and intricate shepherd’s pins, sponky, that hark back to an ancient tradition.

The High Carpathian ranges and mountain slopes have been home to the sturdy Gorals for six centuries or more. It’s believed that the mountain people migrated through the Carpathian range, although no written records survive that ancient trek. Although the Goral lands encompass what is now three countries, political boundaries nonetheless, these are one people – the Gorali - and for them there are no border 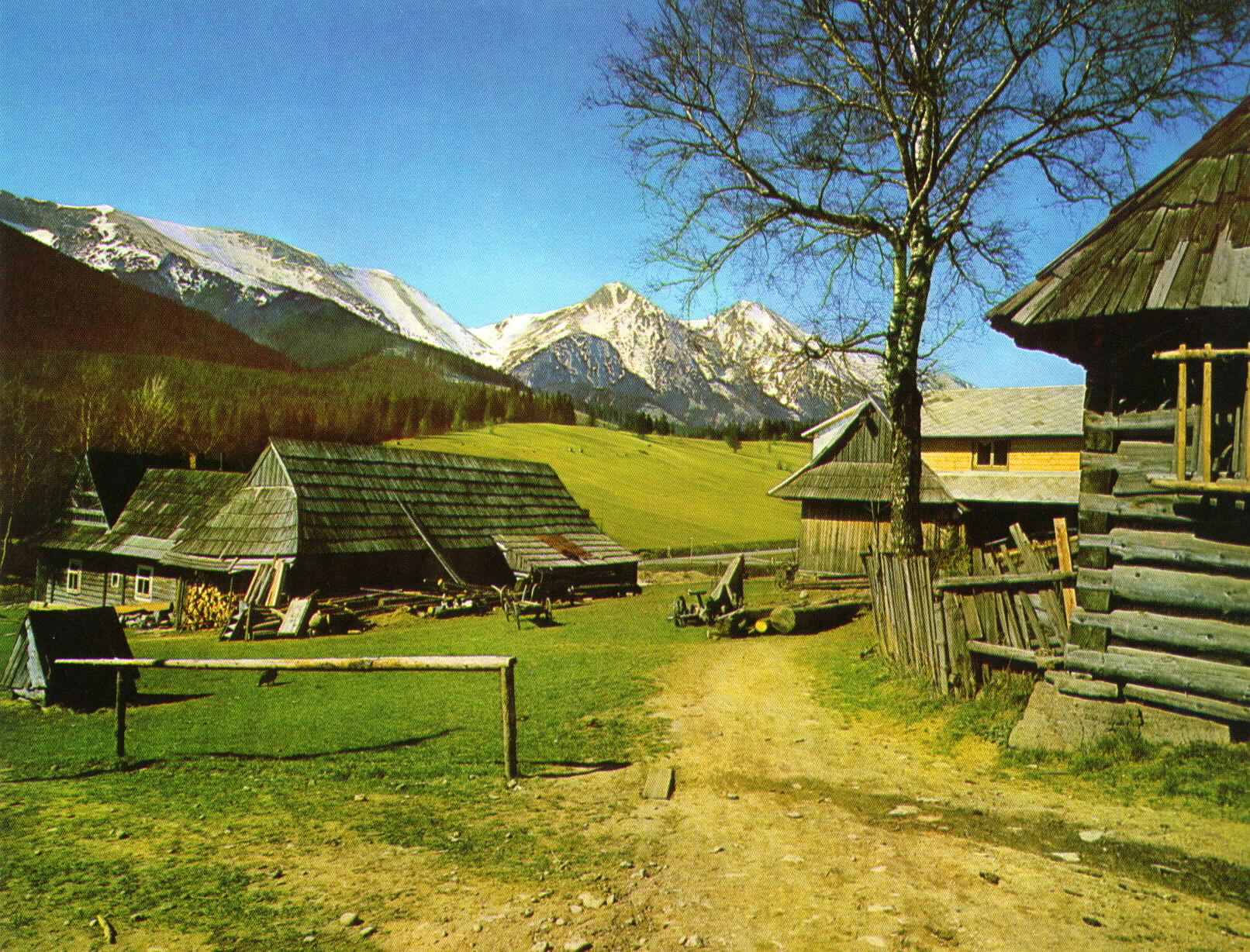 The Gorals have a dialect, customs, and traditions. They lived in log homes in high places. They bring to mind the mysterious Wallachians or Valachs and the Rusyns who migrated into Slovakia over the centuries - are they connected? All seem to have made the long journey over the centuries tending their flocks from where - Greece, even Albania?

They traveled through Romania, Ukraine, old sub-Carpatho Rus into Slovakia and Poland and even into Northern Moravia, now the Czech Republic.

In Poland north of Moravia, they are known as the Horals, and in the corner where Slovakia joins Moravia and Poland as Gorals. Along the high slopes where rare flowers bloom, these tenacious people forged out a life tending their sheep and coaxing crops from the high mountain meadows.

The majority of the gorals can be found in Northern Slovakia and Southern Poland in the High Carpathian region in former Spiš and Orava counties.

Gorals have their distinctive music and the intricate quick step dance that is performed to this day.

The political situation is tangled in this region. A part of Spiš county was mortgaged to Poland in the 1700s. The Polish king lived in Stará ľubovňa castle and nobility and royalty came to visit. It was thus for 200 years and the Spiš towns were rich and prosperous – a high level of culture existed there and in Orava where some of the old wooden churches date to the 1500s.

Later on, the northern parts of old Orava and Spiš counties were given over to Poland in 1920 in exchange for land in northern Moravian that had mining potential.

Ethnographer Mary Kelly, Helen Zemek Baine (my mother) and I have been tracking the Gorals, Horals, Vlachs, Valachs and Rusyns who traversed the Carpathians – a fascinating story - we did it in a number of trips in seven countries but in reverse. We were in the Tatar pass between Slovakia and old Ruthenia; later we befriended Tatars in the Chuvash Republic of Russia who said it wasn’t their ancestors but Tatars from the Crimea who ravaged our lands centuries ago.

The reality is that the villages now in Poland have a difficult time keeping their Slovak language. Nowa Biala has a folk group and a Slovak school, and a charismatic woman who created a children’s library in her home’s spacious basement with a Slovak section.

The region, once considered poverty stricken has become rather well off, filled with good sized homes to rent out to tourists with the spectacular views of the Tatra peaks. Added attractions are the quaint village churches including Debno, Ttrybsz, Grywald and Niedzica Castle.

With the changes in political borders and village name changes, many people have difficulty ascertaining where their roots lie.

“Who are the Gorals?” is an article by Helene Cincebeaux published in the Summer 2001 issue of SLOVAKIA, which is a Slovak Heritage Newsletter published quarterly by the Slovak Heritage & Folklore Society International.   E-Mail helenezx@aol.com  Website http://feefhs.org/SLOVAK/FRGSHFSI.HTML

According to The Wikipedia http://en.wikipedia.org/wiki/Main_Page (free encyclopedia):