Prior to the formal organization, activities began in 1974 in anticipation of our country’s Bicentennial Celebrations.

Slovak Language Classes were held on a regular basis and included theme dinners for the participants.

Costumed groups participated in:  The 1976 Eucharistic Congress in Philadelphia; Bicentennial Celebration in Harrisburg; Fine Arts Fiesta in W-B and the II World Festival of Slovak Youth.  Recordings include:  čas Radosti, 1982;  Liturgy for the Easter Season, 1977 and Forever Blest is He, 1978.

The Slovak Heritage Society of Northeastern Pennsylvania was formally organized on November 1983 at Sacred Heart Slovak School in Wilkes-Barre, PA.

At this time, the adoption of by-laws, and the development of the Society logo, official letterhead and membership pin, took place.

On May 21, 1984, the First Annual Meeting was held at the Holiday Inn with 111 members in attendance.

In 1989 a cross-stitch banner was made and in 1994 a Slovak flag and banner were purchased.

In 1985 the Calendar of Events was first printed.

in February 2001, Passion/Resurrection was recorded

In September 2003 our website, www.shsnepa.org, was published for the first time.

In the fall of 2005 our book, Slovak Customs and Traditions – in the ENGLISH language, was published in Slovakia.

In 2008, to celebrate our 25th anniversary, a commemorative ornament was designed.

Slovak Classes continue to be conducted in Wilkes-Barre twice annually.  Classes have also been held in Taylor and Hazleton.

Church Building & Importance of Religion to Slovaks & other Ethnics

The society participated in the King's College Ethnic Festival

This annual event is held in January.

A heritage based curriculum" The Slovaks: A History of Accomplishments" which features Father Murgaš was produced.

$1,000 check was presented to King's College on the 100th anniversary of the transmission of sound over land by Father Murgaš.

A commemorative wreath laying ceremony took place on the occasion of the 80th Anniversary of the death of Rev. Jozef Murgaš.

Rev. Josef Murgaš Exhibit was displayed in Western PA by the Slovak Heritage Association of the Laurel Highlands.

Rev. Jozef Murgaš Room Dedication at King's on the Square.

An Exhibit at the Wilkes-Barre Pa Bicentennial Blastoff.

Organ recital by Dr. Jan Michalko of the Bratislava Conservatory

Book Signing of Thomas Klimek Ward’s “People of the Word: A Synopsis of Slovak History”

Musicians from Bratislava State Conservatory of Music held two concerts; "An Evening at the Opera", Wyoming Seminary and "An Evening of Sacred and Slovak Folk Music", First Presbyterian Church, Wilkes-Barre

Bratislava Boys’ Choir from Bratislava, Slovakia in concert in 2014.

Ellis Island and the Statute of Liberty

Printed material in the form of reference books, art books, journals, histories, poetry collections, classical and folk music recordings, children’s stories (some from Matica Slovenska), copies of the Murgaš Video, and other recordings and books were donated to the Public and College Libraries.  Slovak Music CDs were donated to WVIAFM, our local Public Radio Broadcasting system. The Murgaš Video continues to be aired regularly on WVIA TV. Our volunteers served at the Jankola Library in Danville. Copies of "Slovak Customs and Traditions" were presented to various libraries. Recently, we donated to the sponsorship of "Colorful China", a musical group, through World Artist Experience.

Morana – A Rite of Spring

Putting Up the Cabbage for Winter

Society volunteers give guided tours of the Slovak Home annually at the Patch Town Days. An exhibit and lecture are presented for the Eckley Miner’s Village volunteers.

Exhibits of Slovak Artifacts at: 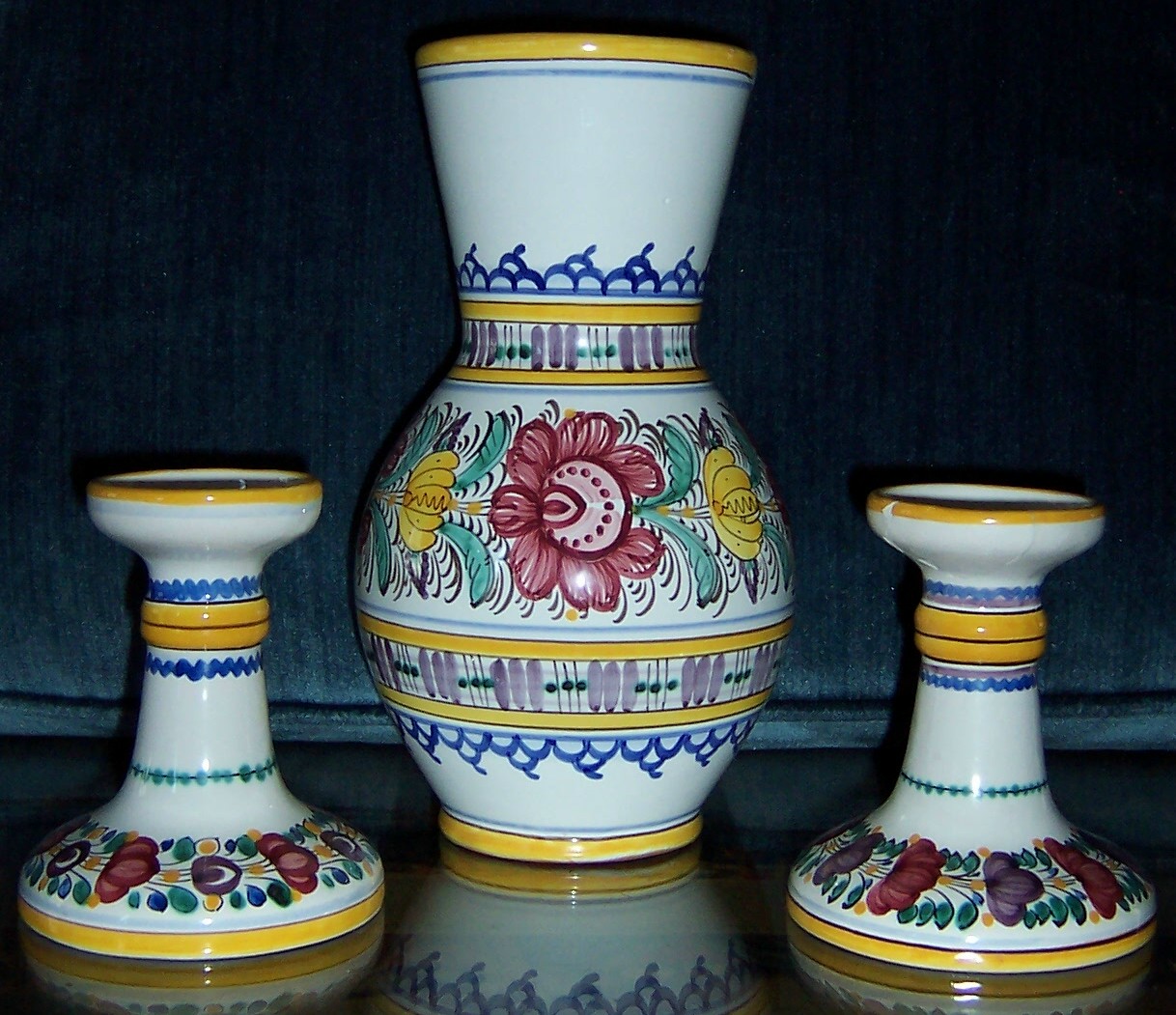 Historical Societies in Wilkes-Barre and Scranton

In 1992 the Scholarship fund was established. This was used to supplement the scholarships awarded to five students from Slovakia to local colleges, who were housed by Society members. There is a continuing program to assist Slovak Gymnazium students who receive grants to attend Wyoming Seminary Preparatory School in Kingston, PA. Stipends were also given to 3 youths attending the World Youth Festival in Paris. Winners of the Michael Bosak Prize competition are hosted by the society when they visit the United States.

Activities in the Slovak Republic

Professor Emeritus Philip R. Tuhy regularly attends conferences in Slovakia as the representative of the Slovak Heritage Society. He has served on various Slovak university faculties and is currently the Chairman of the Adjudication Panel for the Annual Michael Bosak Prize.

Other members who have served on various Slovak faculties are: Trude Check-Tuhy, Francis Luther, Jean Olexy and Andrew Sofranko.

The Slovak Show and Tell was an afternoon of reminiscing and socializing at the concluding celebration of our 25th Anniversary year, held on Sunday, October 19, 2008.

The SHOW portion was a PowerPoint picture presentation of the various activities sponsored by the Society over the past 25 years. It brought back many memories. Pictures of Folk Festival displays, the Murgaš exhibits, the cooking classes, St. Nicholas Hymn-Sing, Lenten Hymn-Sing and Stations, the Youth Festival, Christmas at W-B Court House, special visitors, special presentations, community activities, Slovak classes, lectures and tours.  We did a lot in the past 25 years.

One of the slides shown was the Treasury we are leaving for our descendents:

The TELL portion was very enjoyable. We sat in a circle drinking coffee and eating nut, poppy seed and cheese rolls. We shared memories and then discussed some of the Slovak expressions that apply for every occasion and situation in life. Tom Check had a quite a few that he remembered from his Mother. Margaret Baker and Magdalen Benish brought two books with phrases. We also found some folklore in the Society’s Slovak Folk Customs and Traditions book. A motherism that we find ourselves using every day is “If you don’t use your head you have to use your feet.” An added treat was that Andrew Chuba brought his accordion and we sang our delightful Slovak folk songs.

We did want to know and we were fortunate to find some interesting things during our conversations. 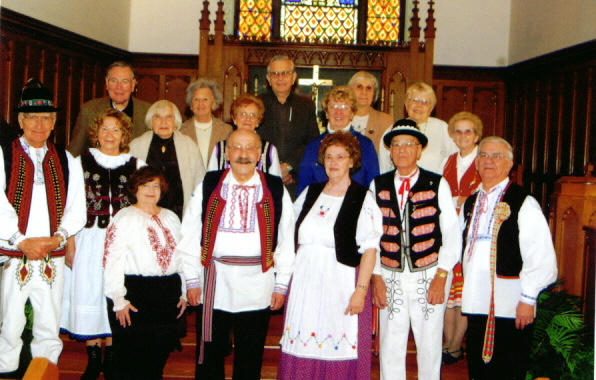