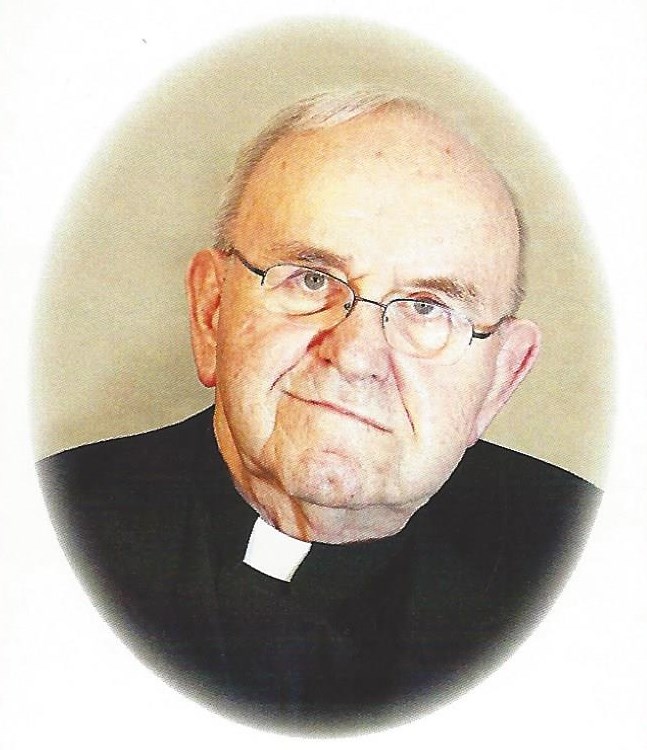 Our dear friend and co-founder of our Slovak Heritage Society of Northeastern PA, Msgr. Francis J. Beeda was called home by Our Lord on Saturday, October 12. Born in Scranton, son of the late Roman and Anna Duchak Beeda.

He attended the University of Scranton, Christ the King Seminary, St. Bonaventure, N.Y. and North American College, Rome to study for the priesthood. On December 20, 1961 at St. Peter's Basilica, Rome, Italy he was ordained by Archbishop Martin O'Conner D.D., rector of North American College, Rome. In June 1962, he received his Licentiate of Sacred Theology at Gregorian University.

Very proud of his Slovak ethnic heritage, he worked with the Slovak priests and people in the Scranton Diocese. He was a strong advocate and supporter of the Catholic church in Slovakia. He welcomed many members of the Slovak church hierarchy to the United States. Msgr. was actively involved in many, many Slovak organizations. He was a co-founder of the Slovak Heritage Society in 1983. The Slovak Heritage Society proudly claimed Msgr. Beeda as their mentor. He will be sorely missed.