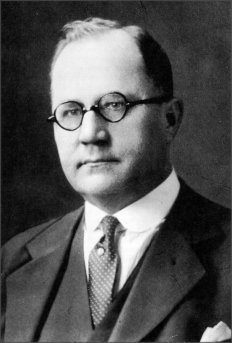 This year on May 20, 2012 the Plymouth Historical Society honored fourteen local authors. The Society presented Marcia Bosak and Dorothy Bosley, granddaughters of Michael Bosak, a Certificate of Appreciation honoring the father’s, Francis Bosak, effort in preserving important local history with the biography, Michael Bosak, An American Banker from Saris, written in Slovak by Rudolf and Martin Bosak and translated into English by Philip and Trudy Tuhy.

A social with the authors was held afterwards.

90th Anniversary of the Pittsburgh Pact

May 30, 2008 marked the 90th anniversary of the signing of the Pittsburgh Pact which announced the founding of the state of Czechoslovakia.

Signatures on the Pact were:

On February 11, 2008 the winners of the Michael Bosák Prize 2007 were awarded by the Minister of Foreign Affairs of the Slovak Republic, J. E. Ján Kubiš. These include students: Lenka Bardíková, Martina Kraváriková, Dominika Janovčíková, (secondary schools), Richard Brodňanský, (university) and Ing. Rudolf Bosák, Michael Bosák Society. Students were welcomed by the State Secretary of Ministry of Foreign Affairs of the Slovak Republic, Ing. MBS Oľga Algayerová.

At the same time, the upcoming 7th Annual Michael Bosak Contest was announced. This contest is for students in secondary schools and universities. The contest involves working out business plans and economic projects.

Lenka Bardíková, Iva Doubalová and Ion Ciorici, winners of the 2007 Michael Bosak Prize, visited the ambassador of the Slovak Republic to the European Union in Brussels as well as JUDr. Maroš šefčovič PhD. and Ing Ján Figeľ, the members of European Commission for Education, Knowing Preparation, Culture and Multilingualism.

On May 1, 2008 the first contest for students in the secondary schools of the Czech Republic was announced. Last year the 2008 Michael Bosak Prize was organized for the students of Charles University in Prague and the University of Economics in Prague.

The Slovak Heritage Society of NEPA is very proud to be a partner in this project with financial and logistical support.

The sister societies, the Slovak Heritage Society of NEPA and Michael Bosak Society, scheduled the Michael Bosak Days for June 25 to June 28, 2008 in Slovakia. June 25, 2008 marked the 101st anniversary of Michael Bosak’s signature on the five, ten and twenty U.S. dollar bank notes.

On June 25, 2008 there was a television interview with Prof. Philip R. Tuhy, Chairman of Valuation Commission and Ing. Rudolf Bosák on regional news, Slovak television, in Košiče.

On June 26, 2008 presentations of the best projects of Michael Bosak Prize 2008 of students in Slovak secondary schools, Czech secondary schools and Slovak universities for the valuation commission was held in the auditorium of Prešov University in Prešov.

On June 27, 2008 an International seminar about Michael Bosak and the Pittsburg Pact was held.

An informal meeting of new winners and winners of previous annual competitions was held after:

On June 28, 2008 Bardejov and Bardejovské Kúpele (the Bardejov Spa is where Michael Bosak organized a large reception for all mayors of the šariš region in the summer of 1920) was visited. An educational seminar on self-governmant was also attended.

A Mass in St. Nicholas Church in Prešov, was celebrated by ThLic. Jozef šechný, kanonik-dekan. Michael Bosak donated 110,000 crowns for the reconstruction of the church and 45,000 for the small organ and established the collection for the large organ after the First World War.

Ing. Rudolf Bosak, president of the Michael Bosak Society, gave a special thank you to all who made the celebration a success especially Prof. Philip R. Tuhy, Mária Dvorožňáková and Ondrej Faméra.

On December 17, 2007 in cooperation with the town of Prešov, a seminar on the topic of Michael Bosak – businessman, banker, manager and philanthropist for education was held in the City Hall of Prešov.

So You Don't Read Slovak . . Well, you’re in good company. Today, the majority of Americans of Slovak ancestry have no practical speaking or reading knowledge of Slovak. What they do retain is an interest in their heritage and a curiosity about their roots. Help is finally here in the form of a book in the English language, Slovak Folk Customs and Traditions.

The book is the product of a collaborative effort of the Slovak Heritage Society of NEPA with their “Sister Society”, the Michael Bosak Society of Prešov, Slovakia. Inspiration for the book came from reading several sources on Slovak Folk Culture in the Slovak language and realizing there was nothing published on the subject for English speaking readers. The wealth of material available made this kind of project both a blessing and a challenge. We asked our Sister Society to research the Slovak sources and then write the material around the idea of major life events, as well as the calendar and liturgical years. This was the challenge for the authors, Ing. Martin Bosak, Ph.D. and his brother, Ing. Rudolf Bosak. So much material had to be researched and sifted through before deciding what exactly the book should contain. The next step was to find translators who had a sensitivity to the material. 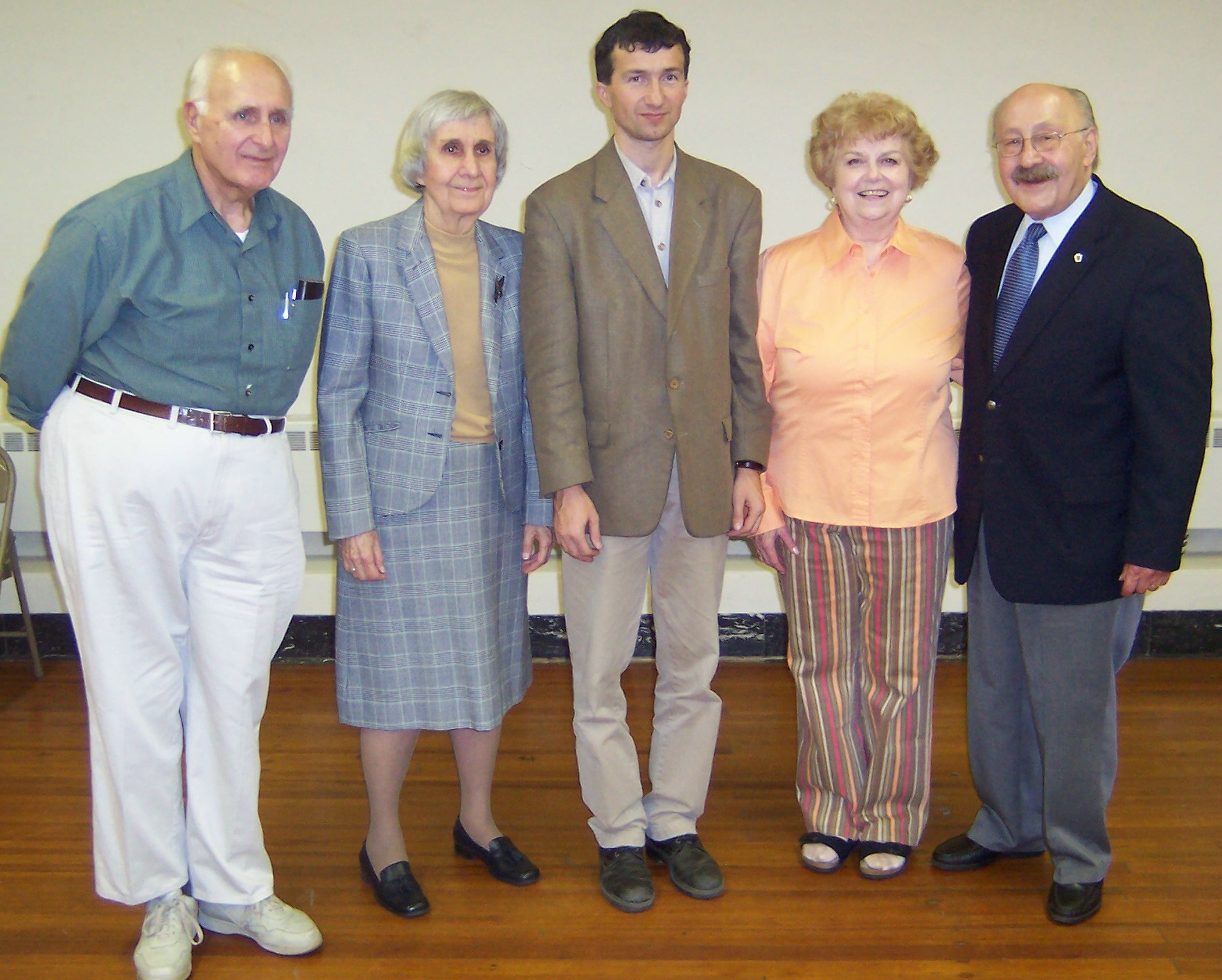 Co-editors, Helen Savinski and Prof. Darina J. Tuhy, worked diligently to bring the translation into an easily readable form. Readers, there were four of them, then poured over each chapter and suggested refinements to the text.

Next came the illustrations. One of the authors, Martin Bosak, had been busy attending a number of Folk Festivals and visiting various cultural sites. His camera was always at the ready at Vychodna, Kosice, Bardejov, Kracunovce, Svidnik, Medzilaborce, Orava, and Rajecka Lesna, to name a few. Ing. Alexander Tarca, a graphic artist, assembled the material and designed the layout.

Finally, the book was ready for the printer in Prešov. Within three weeks the authors had the book in their hands. Well illustrated, the book contains a wealth of information on traditional Slovak celebrations: weddings, christenings, funerals and major feasts, including Christmas and Easter.

The entire project of getting “Slovak Folk Customs and Traditions” into the hands of American-Slovak readers who love their heritage and want to know more about it has been a labor of great love. We have dedicated it “to the memory of all Slovak mothers and fathers who instilled a love of God and of our ancestry deep into their children’s hearts”. May it prove to be a blessing to all who read it.

The Slovak Heritage Society of NEPA is a Sister Society with the Michael Bosak Society of Prešov.

Michael Bosak, (1869-1937) a banker and businessman with extraordinary entrepreneurial skills became the first Slovak American millionaire. He left Slovakia, as did many immigrants, with no money but with an enormous capacity to work and learn. Bosak became a leader of the American-Slovak community and was a signatory of the Pittsburgh Pact.

His biography written in Slovak by relations, Rudolf and Martin Bosak of Prešov, was ultimately translated and edited by Philip and Trude Tuhy at the request of Cyril Bosak, his nephew.

Bosak’s biography was presented to the American public, along with an exhibit, prepared by the Michael Bosak Society, depicting highlights of his life and work, at the Lackawanna Historical Society, Scranton PA and Danville PA in 1999. Our Society provided funding and assistance for the events. Subsequent showing have been held in Warsaw, Prague, Munich and Moscow under the auspices of the Michael Bosak Society of Prešov.

Because of the Society’s involvement with these projects it became clear to both groups that it would be a good thing to formalize our joint efforts by creating a “Sister Society" status between us. We hope other ethnic heritage groups consider this kind of connection.

One major project of the Sister Society is the Michael Bosak Award begun in 2001.