All who attended the Memorial Concert for Trude Check Tuhy were spellbound by the breadth and quality of the young performers from Slovakia. Due to the quality and depth of their performance, Wyoming Seminary Performing Arts Institute offered summer scholarships to the young men. The scholarships include room and board. Our society provided funds for airfare and other incidental expenses. Pianist, Norbert Daniš, and baritone, Pavol Kubáň, arrived in our area this Friday, June 26 and returned to Slovakia on Sunday, August 9.

The young men performed solos three times at Wyoming Seminary's Great Hall along with other musicians. Unfortunately, their appearances were announced at the last minute, therefore we were unable to notify people.

A special concert was held on Sunday, August 2 at St. Ignatius Church in Kingston. All who contributed to the fund were invited. This concert was open to everyone; there was a significant turnout.

One of the pieces Norbert performed was the Hungarian Rhapsody; he also played this piece Wednesday night at Wyoming Seminary. Excellent! This summer Norbert took piano lessons from Thomas Hrynkiw. Mr. Hrynkiw is an award winning pianist.

Norbert Daniš, studied piano from the age of four. He is a graduate of the Bratislava State Conservatory as an extraordinary student. He 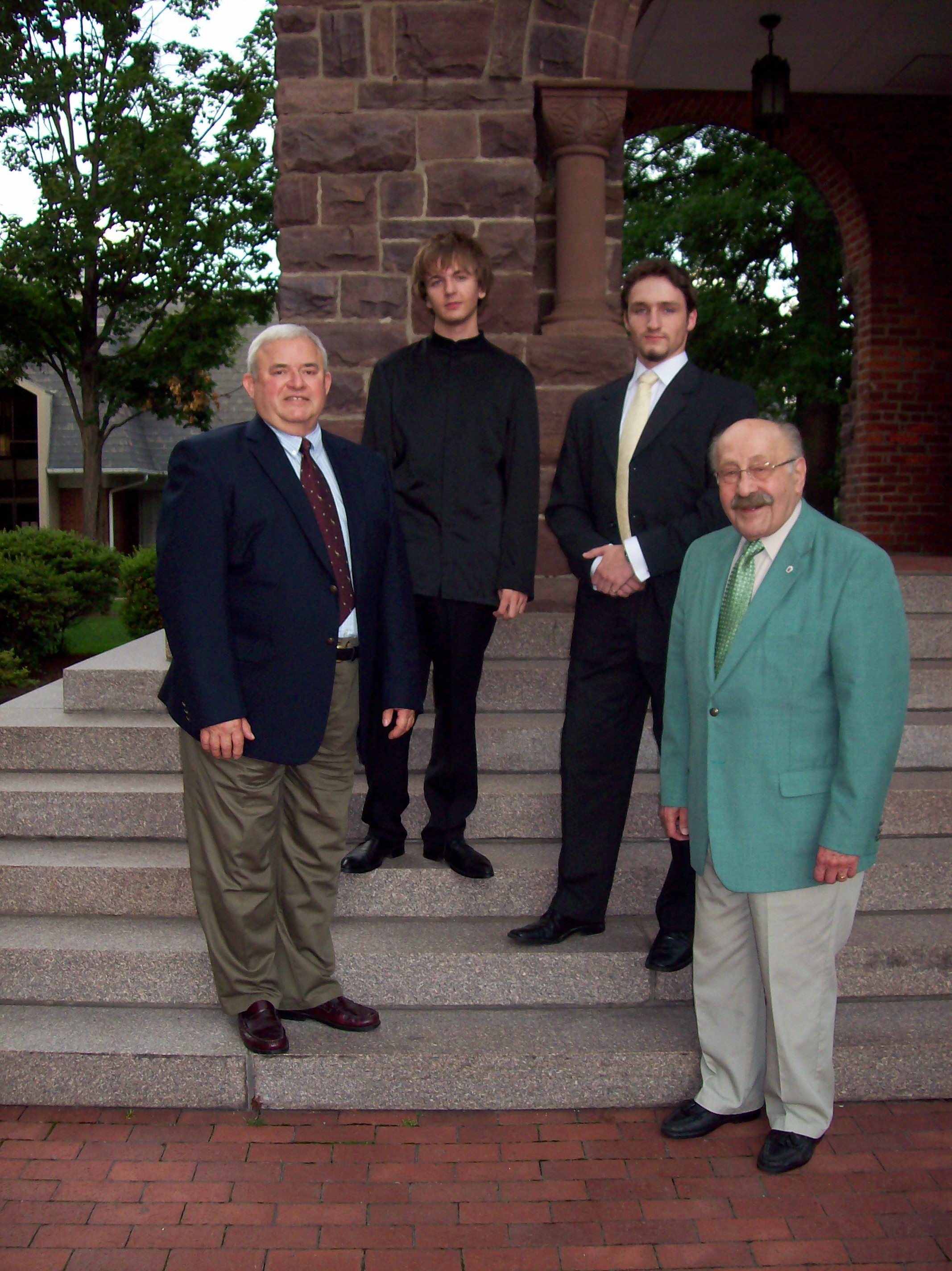 Pavol Kubáň, baritone, graduated from the Bratislava State Conservatory in opera, and continues to study and perform.  He is the winner of numerous competitions, i.e. Slovak Student Competition, Marin Fran International Opera Festival in Italy, and The International Vocal Competition of Mikulaš Schneider-Trnavsky.

The Slovak Heritage Society of NEPA has a fund for these young men and donations will be appreciated. A list of donors will be published in the 2010 Annual Report.