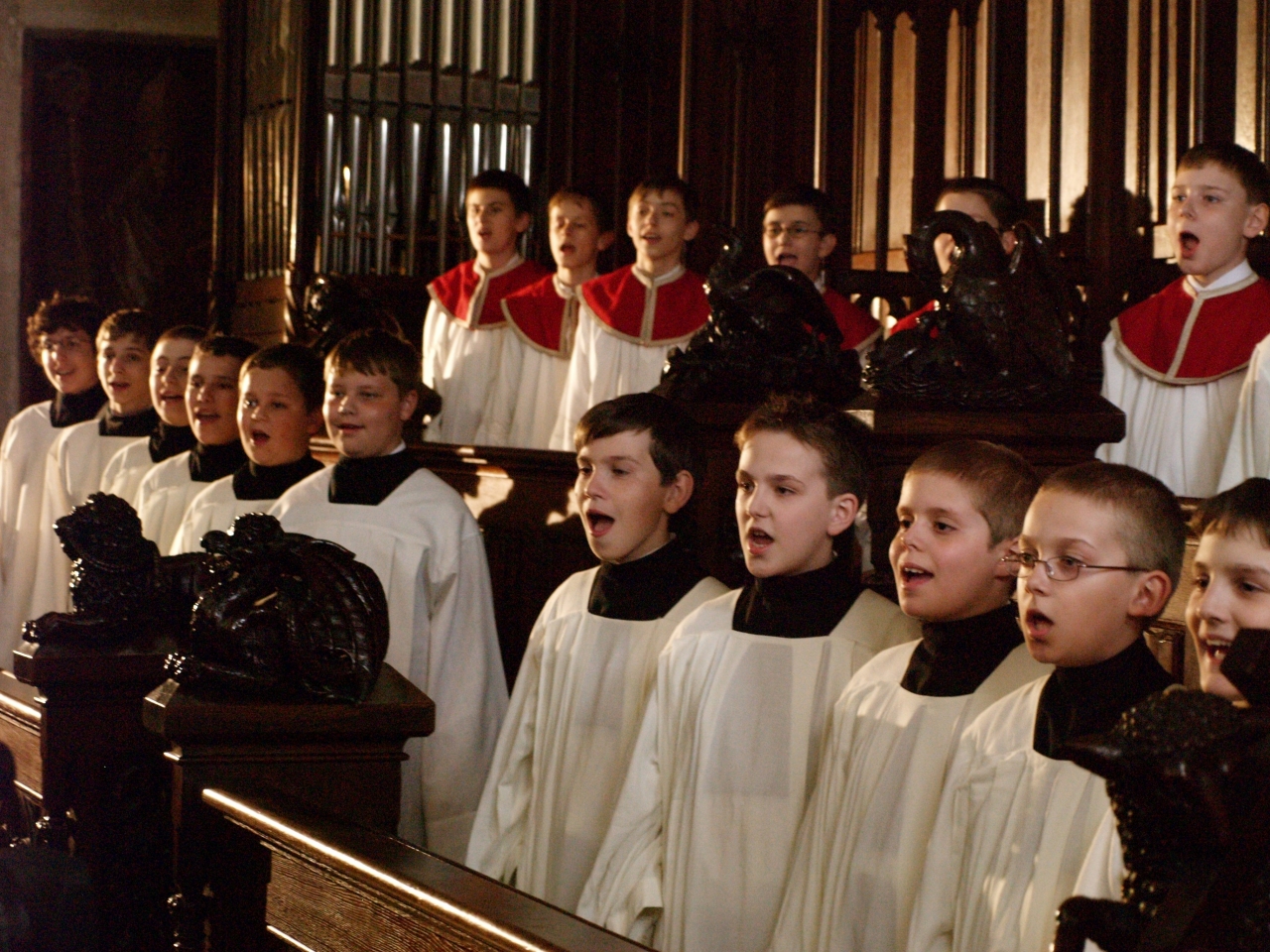 The first-rate choir was splendidly received by the audiences. The youngest boys were so adorable and the older ones very handsome. The sound from the choir was magnificent; the blending was wonderful. While processioning into the church at the beginning of the concert and processioning out of the church at the end of the concert the boys sang.  A young lady did a solo and the “Pie Jesu” with the choir. Výborne!! Excellent!! The accompanist was superb. What more can I say. It was awe-inspiring!

The first performance held at St. Stephen’s Episcopal Church, Wilkes-Barre was on Friday, September 19, 2014. On Saturday, September 20, a second performance was held at St. Peter’s Cathedral, Scranton. The attendance, approximately 300 people, in both locations was outstanding. The enthusiastic audience included concert goers from as far as Harrisburg.

The local performances were arranged by Michael Stretanski in cooperation with World Artists Experiences and the Ministry of Culture of the Slovak Republic.

Raphael Micca, music teacher at Good Shepherd Academy, assisted Michael.  Families from Good Shepherd Academy in Kingston coordinated home stays for the boys. The boys were a pleasure to be around, very polite, and attentive.  Our sincerest thanks to everyone involved with the boys and concerts.

A pioneer in radio, Father Jozef Murgaš was the first to demonstrate the transmission of wireless telegraphy over land between Wilkes-Barre and Scranton in 1905. In addition to his important contributions to science, Father Murgaš was an artist, botanist, and founding pastor and architect of Sacred Heart Slovak Church in Wilkes-Barre’s North End.

Founded in 1982 by Dr. Magdaléna Rovňáková, the Bratislava Boys’ Choir is part of a private music school enrolling about ninety students ages seven through twenty-eight. The choir’s repertoire features a wide variety of both sacred and secular works including Gregorian chant, Renaissance polyphony, concert Masses, arrangements of folk songs, and works by contemporary composers. The widely traveled choir has collaborated with the Slovak Philharmonic, the Vienna Symphony, and the Slovak Radio Symphony Orchestra in addition to recording seven compact discs. The boys also have been featured in the soundtracks of several television movies.